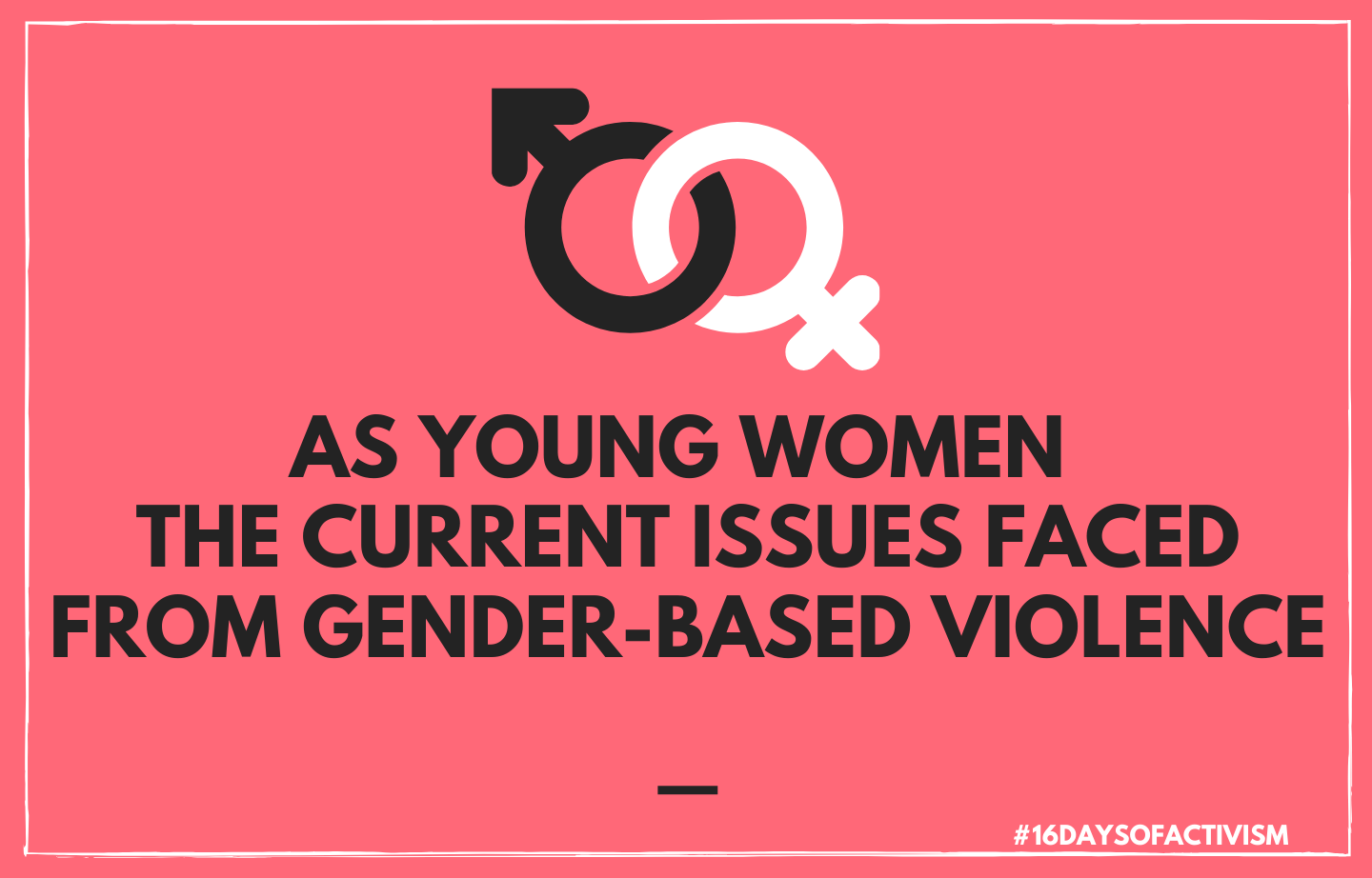 As Young Women The Current Issues Faced From Gender-Based Violence

An increase in the reported cases of sexual and gender-based violence as a result of the COVID-19 pandemic has been witnessed worldwide. According to a new UN report called “measuring the shadow pandemic: Violence against women during COVID-19”, which is based on a survey from 13 countries, almost 1 in 2 women reported that ever since the pandemic they have started to experience a form of violence.

Gender-based violence (GBV) is defined as violence that is directed against a person based on their gender or sex, including acts that inflict physical, mental or sexual harm or suffering, threats of such acts, coercion and other deprivations of liberty. GBV normally occurs as a result of unequal power relationships and normative role expectations between genders within a society. Violence against women and girls is one the most prevalent human rights violations in the world, having no national, social or economic boundaries. Various forms of GBV include Violence Against Women and girls (VAWG), Violence against LGBTIQ+ people, Domestic Violence (DV), Sexual Violence (SV) and Intimate Partner Violence (IPV).

To break this vicious cycle and existing stigma of inequity, victimisation and helplessness within the community, there is a need to educate, particularly young women, to take collective action against harmful gender and social norms, as well as empower them to recognize, address, and prevent acts of gender-based violence for a brighter.

An Insight into Leadership with Ms. Khandan Dhanish