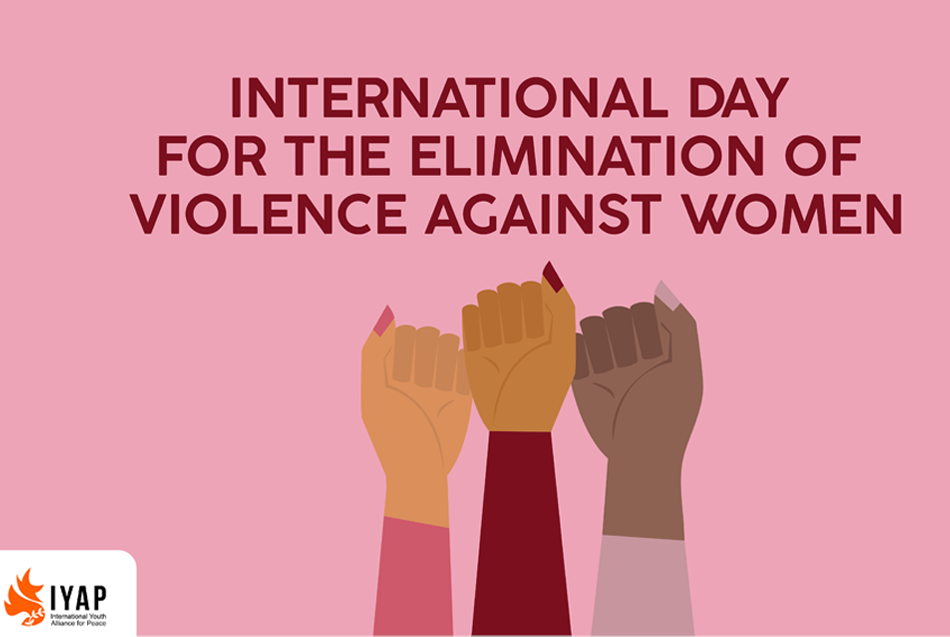 International Day for the Elimination of Violence against Women 2020

“Let us not forget that the gender inequalities that fuel rape culture are essentially a question of power imbalances”— UN Secretary-General, António Guterres

Violence affects one in three women globally, and it is counted as one of the most widespread violations of human rights worldwide. In accordance with the United Nations Declaration on the Elimination of Violence against Women (1993) violence against women includes:

“Any act of gender-based violence that results in, or is likely to result in, physical, sexual or psychological harm or suffering to women, coercion or arbitrary deprivation of liberty, whether occurring in public or in private life.”

In some corners of the world, the risks of different types of gender-based violence are even higher. In Somalia, 98% of women have undergone female genital mutilation. In Ethiopia, 50% of girls are married by the time they are 15 years old. In India, average of 87 rape cases have been reported in 2019. Two in every three women are victims of intimate partner or family related homicide.

Violence against women is invariably a result of socially constructed gender stereotypes. The existing asymmetrical power relations between women and men diminish women into subordinate status, rendering them vulnerable and prone to gendered violence.

Commenting on the implications, violence against women is known as a fundamental obstacle for building peace and security universally. It impoverishes individual women, their families and communities by spreading terror and impairing social inclusiveness and cohesion. Besides, violence places a huge economic burden on society as it lowers economic productivity. Violence against women is also a major barrier to realize female literacy since violence contributes to low enrolment rates, poor performance, absenteeism and high dropout rates. Moreover, violence undermines the ability of women and girls to control with whom, when, and under what circumstances they have sex, which lead to higher rates of HIV and sexually transmitted infections.

Then, the overarching question is how violence against women can be eliminated? Supporting and rehabilitation of victims are not enough, they should be given ample access to justice after violence. On the other hand, state and non-state apparatuses should promote equal opportunities for women in order to empower female participation in decision-making at both private and public spheres.

Also, a concrete system to enhance women empowerment and participation, social awareness of the legality of violence against women in order to uplift silenced women to take legal actions against perpetrators and resilient punitive systems are required to mitigate gendered violence. Finally, non-governmental organizations which work towards women empowerment, education, human rights protection should be given enough attention and resources to carry on with their activities in a border spectrum.

The United Nations has incorporated gender equality in the ‘2030 Agenda for Sustainable Development’ blueprint; target 5, to achieve gender equality and eliminate violence against women, which is a huge step towards uplifting women globally. On this day; International Day for the Elimination of Violence against Women, what we have to understand is that elimination of violence against women is not something that can be obtained in twinkling of an eye, it rather requires long term policy initiatives and commitment by both state and non-state actors in the field.

UN Women, 2018. Ending Violence Against Women, NYC: The United Nations Entity for Gender Equality and the Empowerment of Women.

AIDS in Sri Lanka? Is it Curable?

I’m currently studying for BA (Hons) Degree in International Studies at the University of Kelaniya. During my first two years of the university, I got engaged with various community service organizations in order to pursue my passion for serving to the community. Going beyond, I decided to take part in IYAP to further flourish my skills, to explore new experiences and to build diverse social interactions while achieving career development.