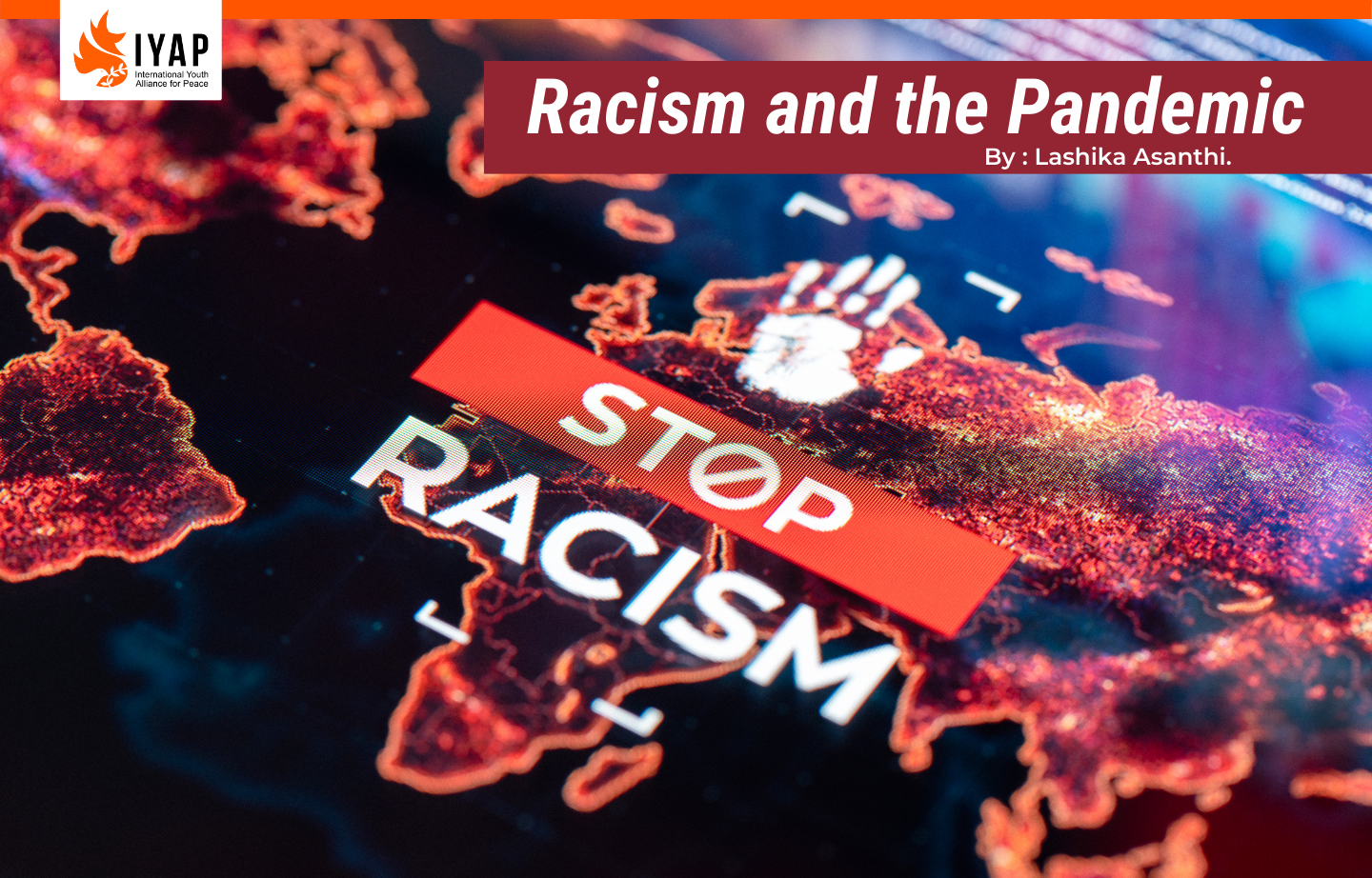 Racism and the Pandemic

Race is one of the grounds against which discrimination is prohibited by International Human Rights  Law, particularly by article 2 (1) of International Covenant on Civil and Political Rights, article 2 of  Universal Declaration of Human Rights, article 2 of International Covenant of Economic, Social and  Cultural Rights and by International Convention on the Elimination of All forms of Racial  Discrimination. Although it has been more than seventy years since the adoption of UDHR by the  United Nations and since the Sri Lanka became a party to international bill of rights, Racism is still a much-debated topic resurfacing from time to time even amidst the most unprecedented crises like Covid 19 pandemic.

Article 1 of ICERD provides as to what amounts to racial discrimination. It is the duty of every state party to prohibit difference of treatment based on race, colour, descent or national or ethnic origin and ensure that no individual is subjected to such difference of treatment in a way disrupting his or her enjoyment of human rights and fundamental freedoms. However when there is a threat to life of the nation like Covid-19 pandemic, state parties are allowed to derogate from such duty as per the extent of exigencies but even in such situation, discrimination solely on ground of race is prohibited by the  ICCPR article 4. It means in a situation like Covid19 pandemic, spreading racial or religious hatred that would result in discrimination, hostility or violence is not allowed by ICCPR. Further, according to the  ‘statement on derogations from the Covenant in connection with the COVID-19 pandemic’ issued by the Committee on Civil and Political Rights, state parties must take necessary steps to ensure that the public will not act in spreading hatred towards marginalized or vulnerable groups. Looking back at how  Sri Lanka acted during early stages of covid-19 may make us question again is covid-19 the real threat  that needs immediate eradication or is it racism?

During first months after the spread of Covid-19 in Sri Lanka, the main issue came along was the mandatory cremation order of covid-19 dead bodies which considered ‘haram’ by the Muslim religion.  They believe in respecting the dead body as alive and performing all the rituals as prescribed by their religion will make their afterlife less burdensome and are not allowed to witness or approve such practices even. But with the fear of contamination of groundwater and spreading the virus via the dead bodies, the Sri Lankan government ordered mandatory cremation, neglecting WHO advice and pleas of the minority. Discriminated Muslim minority in Sri Lanka initiated campaigns together with human rights advocates against this order and protests were heightened specially after the forced cremation of  20 days old Muslim baby. However after many struggles by the Muslim community, political leaders and human rights advocates, government reversed the order but the controversies resulted in re emergence of racism among public even amidst a life –threatening pandemic.

In Sri Lanka, Racism is the best arsenal used and will continue to be used by those who govern the country for their own political agendas. Even though it has been more than ten years since the thirty years of war, ethnic tension and structural violence against the minority could not have been reversed and such tension tends to re-emerge whenever there is a pressing issue in the country that needs to be overcome by unity and peace.

Even in so-called developed nations, the situation is similar. The killing and rivalry towards black people has been a practice and is still an ongoing issue in the U.S, the most developed country in the world. During the pandemic, the killing of George Floyd while in police custody resulted in the resurgence of the ‘Black Lives matter’ movement which has been there since 2014. Covid-19 has been there only for two years but already a vaccine is invented and distributed yet a proper remedy for racism is nowhere near discovery. Hence, it is high time for eradicating the flue of racism before it becomes a  virus leading to a pandemic which would create much adverse effects worldwide than Covid-19 could  ever imagine.

Lashika Asanthi is an undergraduate at the University of Colombo, pursuing her Bachelor’s in Law. She is keen on creative writing and researching human rights-related areas. Her passion is to become a human rights activist in the country.