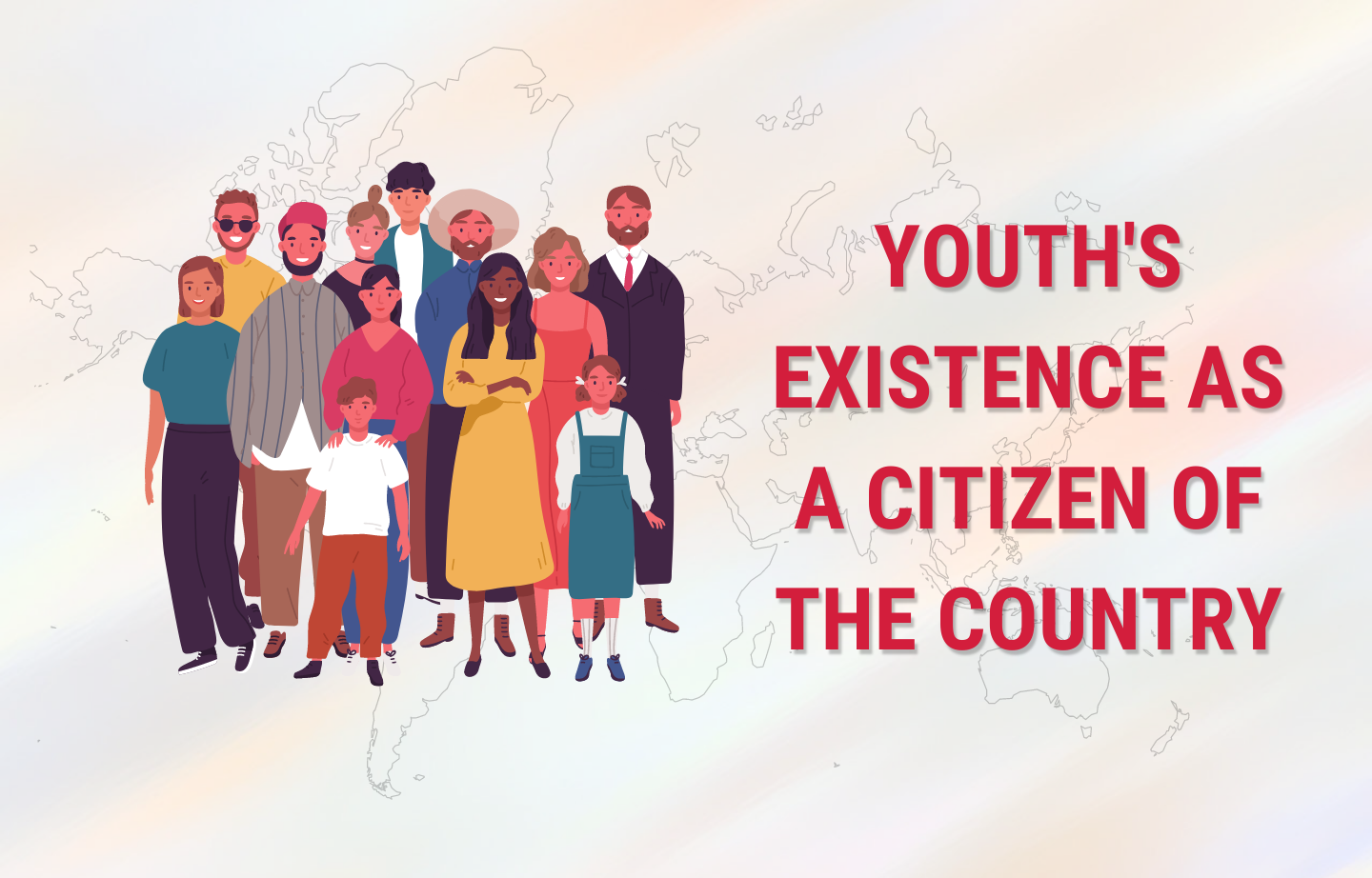 YOUTH’S EXISTENCE AS A CITIZEN OF THE COUNTRY

The country’s youth is the nation’s future, and they are full of energy, power and capabilities. However, the massive problem is that society has not accepted the youth.

” When you are young, they assume you know nothing.” This was a section of lyrics of the famous song by Taylor Swift, a song named “Cardigan.” This is how the existing society concerns the young generation. Is it good enough to underestimate the power of the young generation?

According to the Inter-Parliamentary Union data, there are 05 people representing the age group between 21 to 30 in parliament, 21 people representing the age group between 31 to 40 and the rest of 198 represent the age between 41 to 90 in the parliament. These data reflect the minimal involvement of the youth even in the decision-making place of the country. In a situation like this, the voice of youth has not been rising as much as we are concerned (Representation should change according to the current situation in Sri Lanka).

Another conflictive facet is workers’ retirement age, according to the recent gazette issued by The Ministry of Public Service. The gazette has extended the retirement age to 65. However, according to the gazette, workers can retire at the age of 55. When people age, they will lose their physical and mental abilities. How does the country expect sustainability, effectiveness, and efficiency in such a situation?

The young people are energetic. They can learn and adapt to their surroundings. Similarly, they are willing to learn and use what they have learned to attain their objectives; therefore, youI have the potential to bring about social transformation and betterment in society. The nation requires youths’ participation to fulfil its objectives and assist in its prosperity.

According to the United Nations’ Youth Initiative Magazine 2021, an article stated a quotation by Jane Goodall (2015). “If young people are informed and empowered, when they realize that what they do truly makes a difference, can indeed change the world.” It might be argued that when young people recognize and use their abilities, they can alter the world for the better.

Society has the responsibility to empower youth in every aspect. Showing them the right path through the experience mature people have gained is what needs to happen other than without snatching the opportunities or places of the youth community from greed.

Tishan Vimod is a final year undergraduate in B.A(Hons) Management & Leadership at NIBM. He is passionate about community development, sustainable development, good governance, and environmental conservation. The core perspective of his journey is to change society to convert everyone into global citizens.