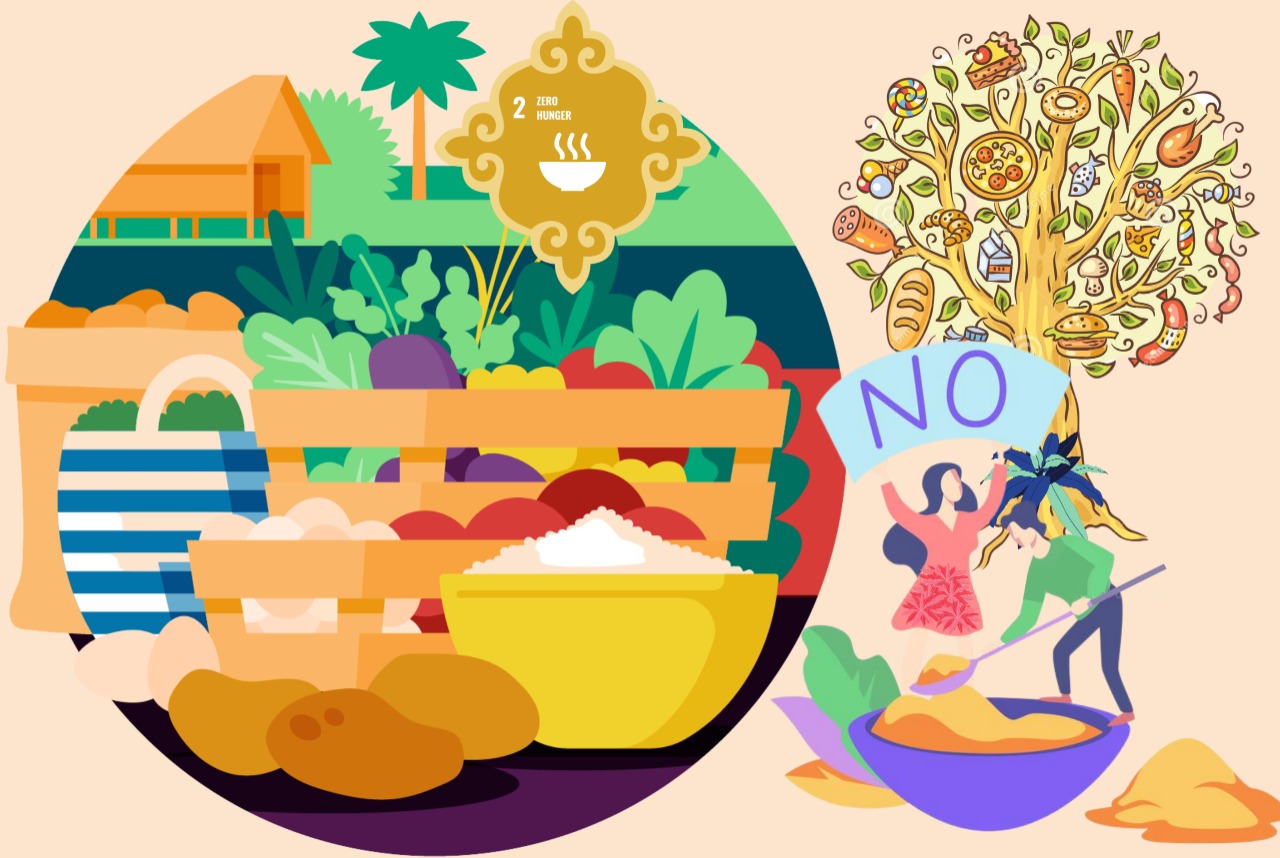 Zero Hunger : The path to thriving sustainability on Food

We saw progress toward reducing hunger and food insecurity around the world for several decades, but that is no longer the case. World Food Day is an excellent opportunity to consider how our efforts as members of the food science and innovation community may contribute to a world free of hunger.

“I’m starving”- this casual statement is made by people from all walks of life all around the world innumerable times throughout the day. This remark reflects a transient experience for some of these folks, which can be remedied in a kitchen full of food or with a trip to a nearby restaurant. Many others do not have the same fortune.

According to the statistics, 690 million people worldwide suffer from chronic food insecurity, which refers to a lack of sufficient food over an extended period. If current trends continue, this number might reach 840 million by 2030.

Because of the COVID-19 pandemic, the number of individuals experiencing acute food insecurity periods of extreme hunger over a certain period is expected to increase from 135 million to 265 million by 2020.

The global prevalence of malnutrition or the overall percentage of hungry people has remained stable at 8.9%, although actual numbers have been climbing since 2014. This means that hunger has increased in lockstep with the global population during the previous five years.

Asia is home to the greatest number of undernourished people at 381 million. Africa is second at 250 million, but its undernourished population is growing at a faster rate. Latin America and the Caribbean come in third with 48 million hungry people.

Over 2 billion people, especially in low- and middle-income nations, do not have consistent access to safe, nutritious, and sufficient food. Irregular access is also a problem in high-income countries, where 8% of the population in Northern America and Europe lives in poverty and one out of every nine persons does not get enough food to stay healthy and active.

The availability of food and the quality of the diet has a direct impact on malnutrition. In other words, as the severity of food insecurity increases, the quality of one’s diet deteriorates. Also, food is generated in sufficient quantities to feed everyone on the earth.

According to experts, there are a variety of causes contributing to the rising frequency of malnutrition. The following are some of the most popular:

The United Nations has established a plan of action for people, the planet, and prosperity called the 2030 Agenda for Sustainable Development. “We are resolved to take the bold and revolutionary changes that are urgently required to shift the globe onto a sustainable and resilient path,” the plan declares. Goal 2 focuses on eliminating hunger, achieving food security, and improving nutrition to promote sustainable agriculture by 2030.

World Food Day- You are what you eat!

Reading for B.A. Economics (Special in Economic Theory and Application) Degree at the University of Colombo, Sri Lanka, and currently working as a Project Intern at the Institute of Policy Studies, Sri Lanka. President of Economics Association of Department of Economics at University of Colombo since 2020. Won the “Best Research Paper Award” under the theme of “Migration and Development” at 16th South Asian Economics Students’ meet held in Nepal in 2020 and received the “Best Research Paper Award” in the category of Undergraduate Research Forum at 8th International Conference on Management and Economics in 2019.