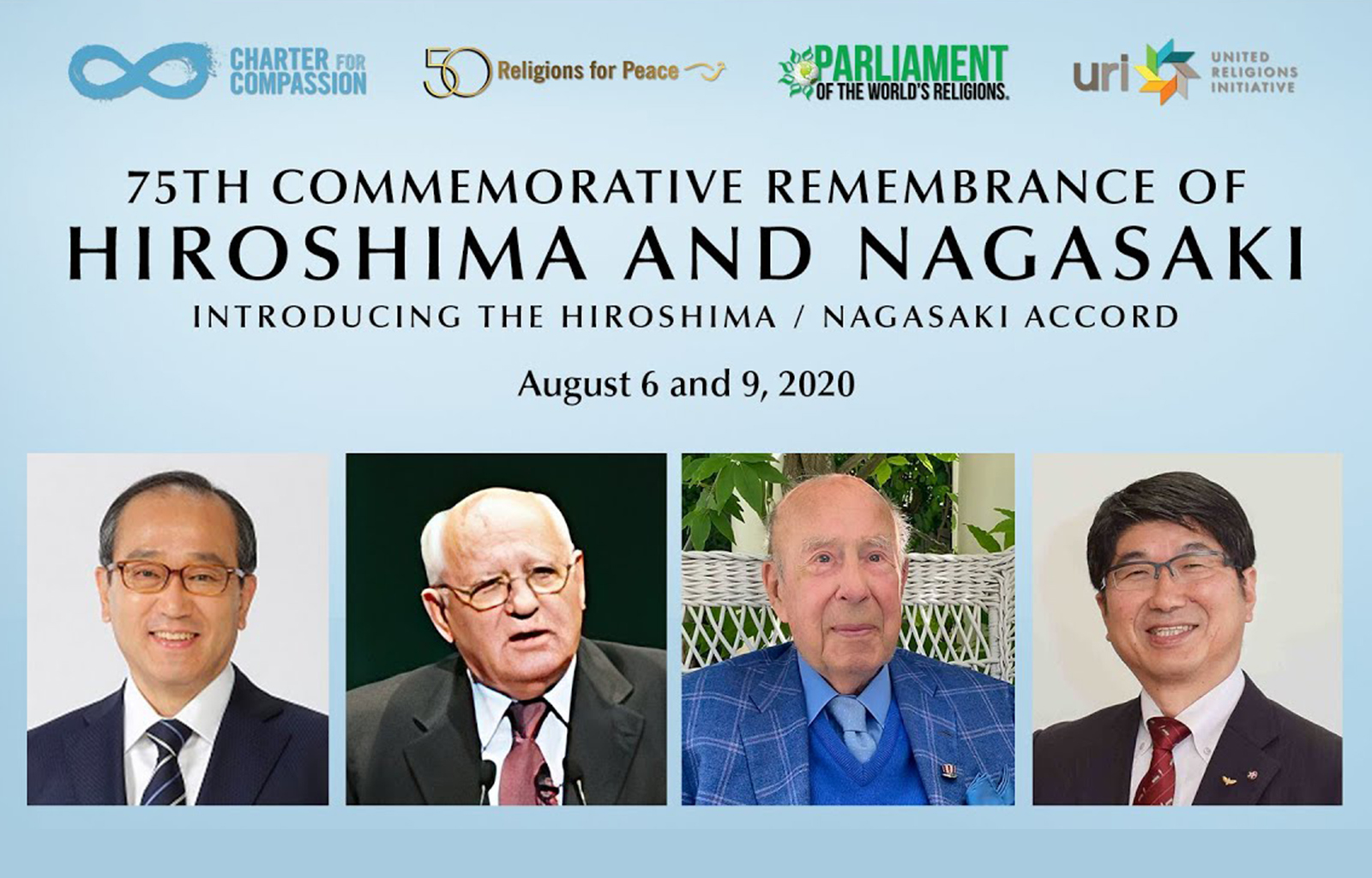 Home / Project / IYAP as an Endorser of the Hiroshima/Nagasaki Accord

IYAP as an Endorser of the Hiroshima/Nagasaki Accord

The 75th commemorative remembrance of Hiroshima and Nagasaki online presentation was held on August 6, 8, and 9, 2020. This historic occasion – the 75th Anniversary of the Atomic Bombings of Hiroshima marks the first time that the four of the world’s prominent international interfaith/intercultural organizations have joined together to make a common statement on any subject. Leaders of the Charter for Compassion, the Parliament of the World’s Religions, Religions for Peace, and the United Religions Initiative, together, now feel compelled to speak out, as one, for nuclear abolition. Today, we focus on Hiroshima and Nagasaki, in order to remember, in sorrow, what happened on August 6, and 9 in 1945 and, to rage against the vastly greater sorrow if our present-day weapons are unleashed in fury on this planet, and to present a challenge to the human family, especially the young, to take action now to bring hope and sanity in the midst of our mutually-assured destruction.

One of the goals is this program to create a youth movement for nuclear disarmament. This program included educational sessions for eight graders and up, aiming that future generations will not be targets of nuclear weapons. And also to prove the resiliency of the human spirit and to learn from Hiroshima and Nagasaki, and arise, from the nuclear darkness.

IYAP became an endorser of the Hiroshima/Nagasaki Accord by signing the accord with the hope to contribute to the sustainable peace which is one of the main objectives of the organization. Representing the International Youth Alliance for Peace, Mr. Thirukumar Premakumar, the founding president and the executive director of the organization has signed the accord in order to contribute to preventing the spread of nuclear weapons and technology, to promote international peace, and to further the goal of achieving nuclear disarmament and general and complete disarmament.