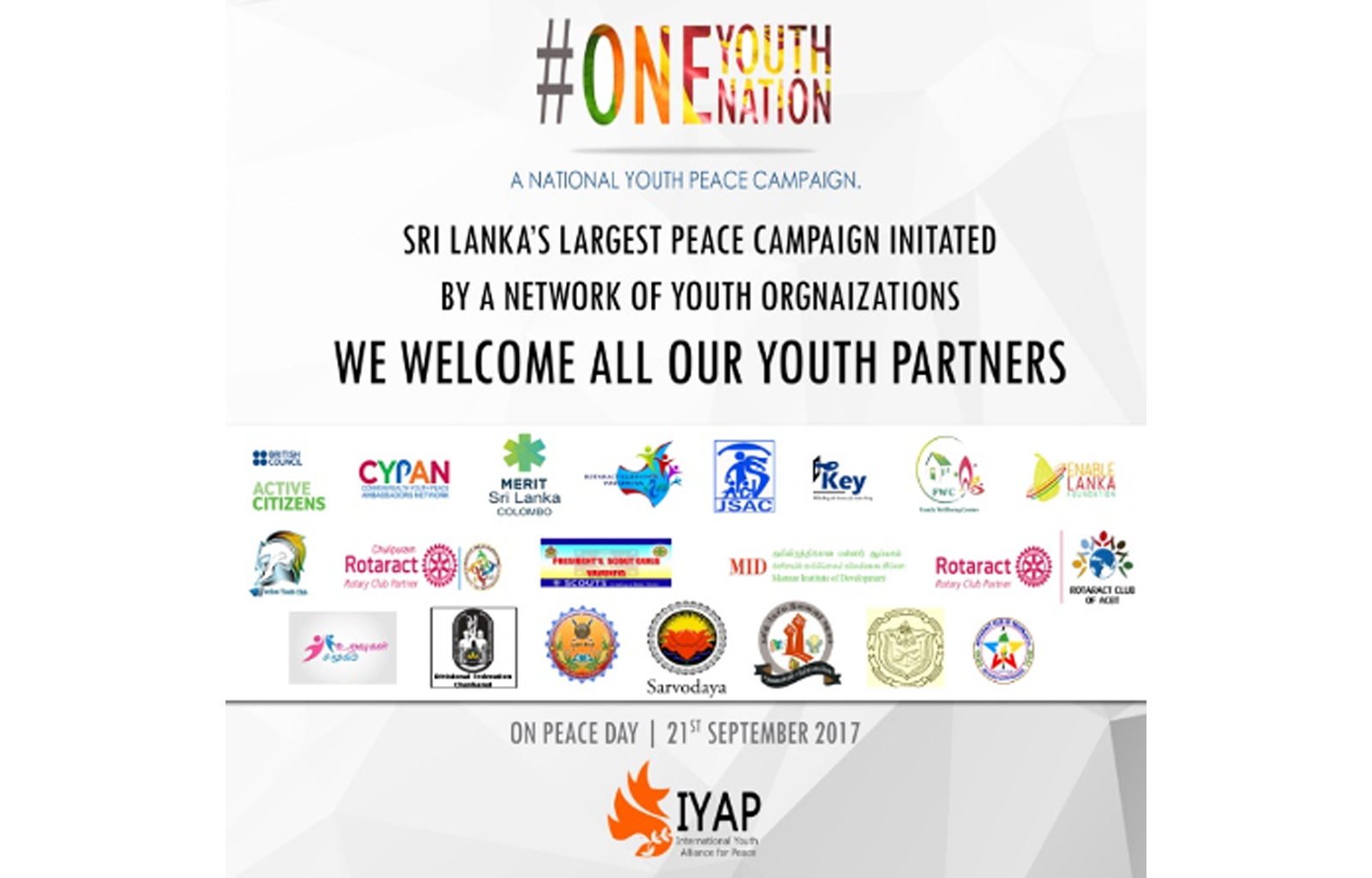 Home / Project / Together for Peace: One Youth One Nation

Together for Peace: One Youth One Nation

‘One Youth, One Nation phase 2’ is a Youth Peace Campaign organized by the International Youth Alliance for Peace (IYAP) for the 2nd consecutive year. The campaign was centered around acknowledging and celebrating the peace day as well as creating a stage for open communication, sharing stories, and networking amongst the youth. The One Youth, One Nation Campaign phase 2 in Sri Lanka was initiated in order to share the goals and to educate the youth on how to strengthen the ideals of peace within the community. IYAP conducted a nationwide massive cluster of workshops on the same day. These amounted to a total of over 60 workshops across 18 districts of Sri Lanka.

At the end of productive two hours, the participants manage to define peace according to their own beliefs, also opened up a dialog on the depth of the concept of peace. This proved that the IYAP and the collective of organizations were headed in the right direction. The open discussion also included conversations on how they can help in building peace if they are the ‘Agents of Positive Change’. With such a positive note for the 21st September efforts, all IYAP has left is to do is move forward, because this is just the beginning of the One Youth, One Nation program. In order to bring  ‘Positive Change’, groom ‘Agents of Positive Change’, and become One Youth, One Nation, IYAP along with their collective partners has a long way to go.