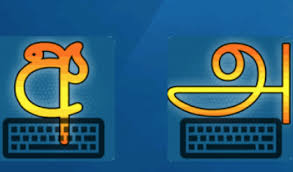 “No citizen should be discriminated or favored due to the reasons of race, religion, language, caste, sex, political opinion, place of birth.”

It has been 12 years since the end of the civil war but we still talk about reconciliation. Our politicians proudly talk about how they defeated the LTTE terrorist organization but no one is willing to search for the reasons for that war. Above all, the war was fought with our citizens, not with an external force. Therefore, the victory of the war is not something we should be proud of. Our country has been divided due to the disparity of language rights and no one seems to be addressing the issue properly. Even if the existing government takes actions to promote language rights, the next government which comes into power would reverse it. The initiative to sing the national anthem bi-lingual in state ceremonies can be taken as a perfect example. Therefore, it is clear that this language and the ethnic problem has become a power-game for the politicians which they use for their benefit.

As a part of human rights, language rights define the freedom of people to choose their own language for communication in both private and public spheres. They include the right to speak their own language in administrative and judicial affairs, right to have education in one’s own language and the right for media to be broadcast in one’s own language. This basically highlights the privileges which minority languages have within the state’s authority. People have the freedom to communicate with one another in a preferred language but the freedom to use their preferred language in the public sector; specially in a government office, is the main discussion point in linguistic rights.

In Sri Lanka, the debate on the national language has been in the center of the political agendas since independence. The major discussion regarding linguistic rights emerged as Prime Minister S.W.R.D.Bandaranaike came into power in 1956. It is fair to say that his emergence into power changed the course of this nation entirely. The official language act introduced by the prime minister as soon as he assumed office, prescribed the Sinhala language as the official language in Sri Lanka. This directly attacked the linguistic rights of the Tamil and Tamil speaking minorities in our country. Although the government introduced the Tamil Language act which allowed the use of Tamil in certain administrative purposes and as a medium in secondary and higher education, it was only a temporary solution for the main problem. In 1987, through the 13th amendment, Tamil was also recognized as an official language while English being recognized as the ‘link language’.

In my opinion, despite other political and social factors, the political ideology which exercised by S.W.R.D.Bandaranaike plays a major role in the social division between Sinhalese and Tamils in Sri Lanka. There is no longer the status of parity to Tamil. This language issue is also a main contributing factor for the civil war which destroyed the country for nearly 30 years.

The Constitution of Sri Lanka identifies language rights as a fundamental human right. In Section 12(2) it is clearly stated as:

This is very much similar to Article 2 of the Universal Declaration of Human Rights which states that everyone is entitled to all the rights and freedoms set forth in the declaration regardless to their race, colour, sex, language, religion, political or other opinions, national or social origin, property, birth or other status. Moreover, Chapter 4 in the Constitution provides a long description of the use of national languages in government administration, legislation and the courts. This proves that legally; the language rights of the minority have been recognized by the government of Sri Lanka. Nevertheless, there is a huge gap between recognizing the rights and implementing those rights. It is people’s right to have freedom of language, hence how would anyone feel if they receive a letter or have to sign a form in a language they don’t understand? This happens to many of the Tamils who cannot speak Sinhala. These people need the assistance of a translator when working with public officials. Therefore, it is inevitable for them to feel that they are being alienated from their own society and country. There is no greater helplessness than being unable to use one’s mother language in their own country. This is why the protection and promotion of language rights are crucial for a better future.

The Fight Against Menstrual Poverty in Sri Lanka

Maintaining mental health amidst the pandemic

I am an undergraduate at the University of Kelaniya majoring International Studies. Currently I am a research inter at International Youth Alliance for Peace. I have a keen interest in social and humanitarian work.