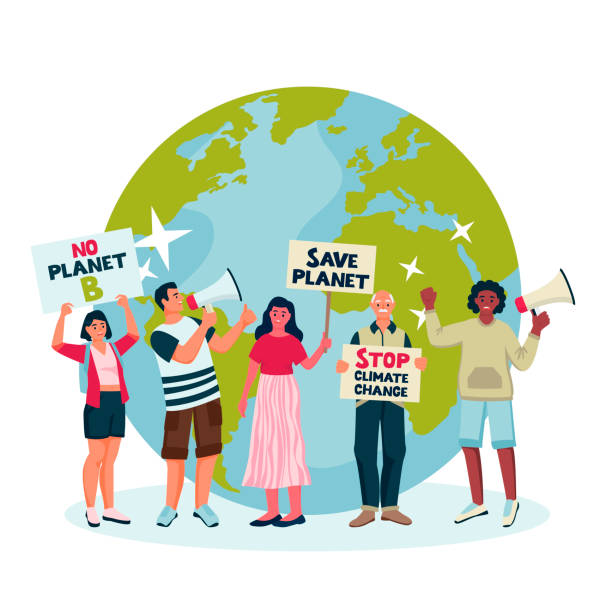 Role of youth in combating climate change in South Asia

What is Climate change?

Climate change includes both global warming driven by human-induced emissions of greenhouse gases. This results in large-scale shifts in weather. Since the mid-20th century humans have had an unprecedented impact on Earth’s climate system causing change on a global scale.

The South Asian region (which consists of the eight countries Afghanistan, Pakistan, India, Nepal, Bhutan, Bangladesh, the Maldives and Sri Lanka) is already experiencing significant, adverse impacts which are expected to worsen as the global temperature rises due to climate change. These impacts include sea level rise, cyclonic activity, and changes in ambient temperature and precipitation patterns. Ongoing sea level rise has already submerged several low-lying islands in the Sundarbans region, displacing thousands of people.

The following pictures show a side-by-side comparison of the temperature change within the South Asian region;

Who are mostly affected by Climate change?

Now that the definition of climate change and its adverse effects have been touched upon, who are the ones to be truly affected by it in the long run?

“Children are the least responsible for climate change, yet they will bear the greatest burden of its impact”- UNICEF

“Climate change is a youth issue and we know that the most severe impacts of climate change will be faced by the youth of today,” explained Nasha Lee from UNDP Malaysia

“As youth, we understand we are part of the solution,” Heeta Lakhani from the International Youth Climate Movement (YOUNGO).” Since the impacts of climate change has a gradual variation with time, it is logical to assume that the youth will be the ones to face it. This alone is enough incentive for the youth to start combating climate change.

How can the youth combat climate change?

Young people all over the world have begun to fight back on a scale never seen before. The most famous being a 15-year-old Swedish girl named Greta Thunberg who started a global movement of school-age students demanding stronger action from governments to fight climate change. Now millions are marching to demonstrate their support. Whether through education, technology, science or law ─ young people far and wide are tapping into their skills to speak up for climate action.

Youths can help stop climate change in their own simple yet purposeful ways. Such as: joining environmental organizations or groups; participating in various governmental, non-governmental, school or community programs and projects against climate change; joining clean-up drives at school or in community; participating in tree planting and go-green activities; garbage picking and recycling initiatives; getting involved in environmental protests and campaigns; using social media like Facebook, twitter or Instagram in promoting climate change and environmental awareness to the public; limiting the use of plastics; helping report illegal activities to authorities; walking or biking in short distances instead of riding fueled vehicles; segregating garbage at home and lastly, encouraging our friends, schoolmates and our family to do what we are doing.

Here are a few activists who were instrumental in the dissemination of knowledge on climate change in South Asia;

We should realize that we have an obligation to our planet and our future. Mitigating climate change is not an easy task by any means but every little contribution will amount to a massive impact if we all get together and act on it. So, what are we waiting for? Let’s get together and contribute to the cessation of climate change and its impacts not only in South Asia but the world as a whole!

Protecting and Promoting the importance of Nutritional adequacy in a pandemic

I am Piyumi Weeraman, a 2nd year Medical Student with a diploma in IT and business management, and I've always been passionate about words and all that I can convey through them no matter how miniscule. I am thankful that I've been bestowed upon the opportunity to share them with you all.
"Words are seeds and bullets. Hope mine hit you on impact like a bullet and plant in your hearts like a seed, shining light on the path to better our society by bringing awareness to key topics."